Fodder rooms are transportable rooms in which grain is sprouted to feed livestock. We presently produce three sizes of transportable growing rooms. The rooms constitute a steel box frame encased in EPS panel (often referred to as freezer panel).

Each bay is fitted out with six rows of shelving capable of holding eight trays for growing fodder. A total of 48 trays fit in each bay, so while our smallest room has 48 trays, our 3 bay room holds 144 trays.

Each room has a sophisticated, state-of-the-art control system. This controls every aspect of the room environment, not generically but specifically tuned for regional conditions. Water, light, heat, humidity, air circulation, mould control and system sanitation are all built into the encrypted computer systems control. Smart technology restarts rooms after power cuts; monitors and reports on power and water use and gives the farmer the option of producing fodder for feeding at optimum nutritional value or increased dry matter depending on the targeted needs of the farm.

Operated from an intuitive main screen, short menu options report on production progress, alert the user to potential operation abnormalities (for example water levels being low) and provide ease of use to monitor and maintain production. Importantly, the system alerts the user to maintain the sanitation cycle.

Realising that once familiar with the operation of fodder rooms on a small scale there will be users who wish to upscale their production to maximise farm returns, we are currently testing our new modular “pod” system for installation in purpose built, permanently sited fodder sheds. These sheds will be capable of producing upward from 1 tonne of green feed per day. Alternatively for farmers wanting 1 tonne a day in a modular system, two of our 3 bay rooms together will produce this level of green feed. 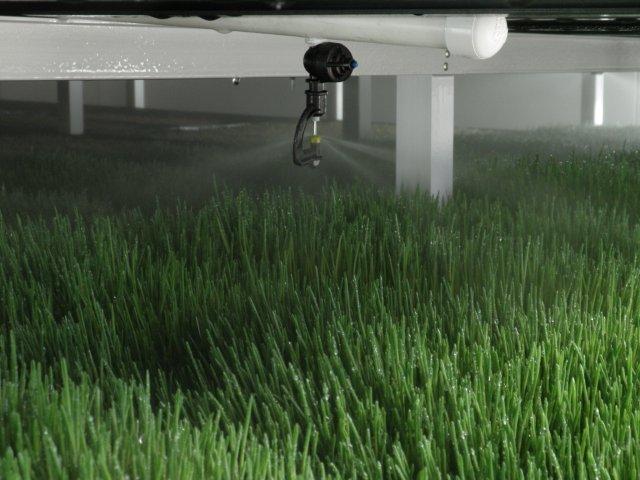 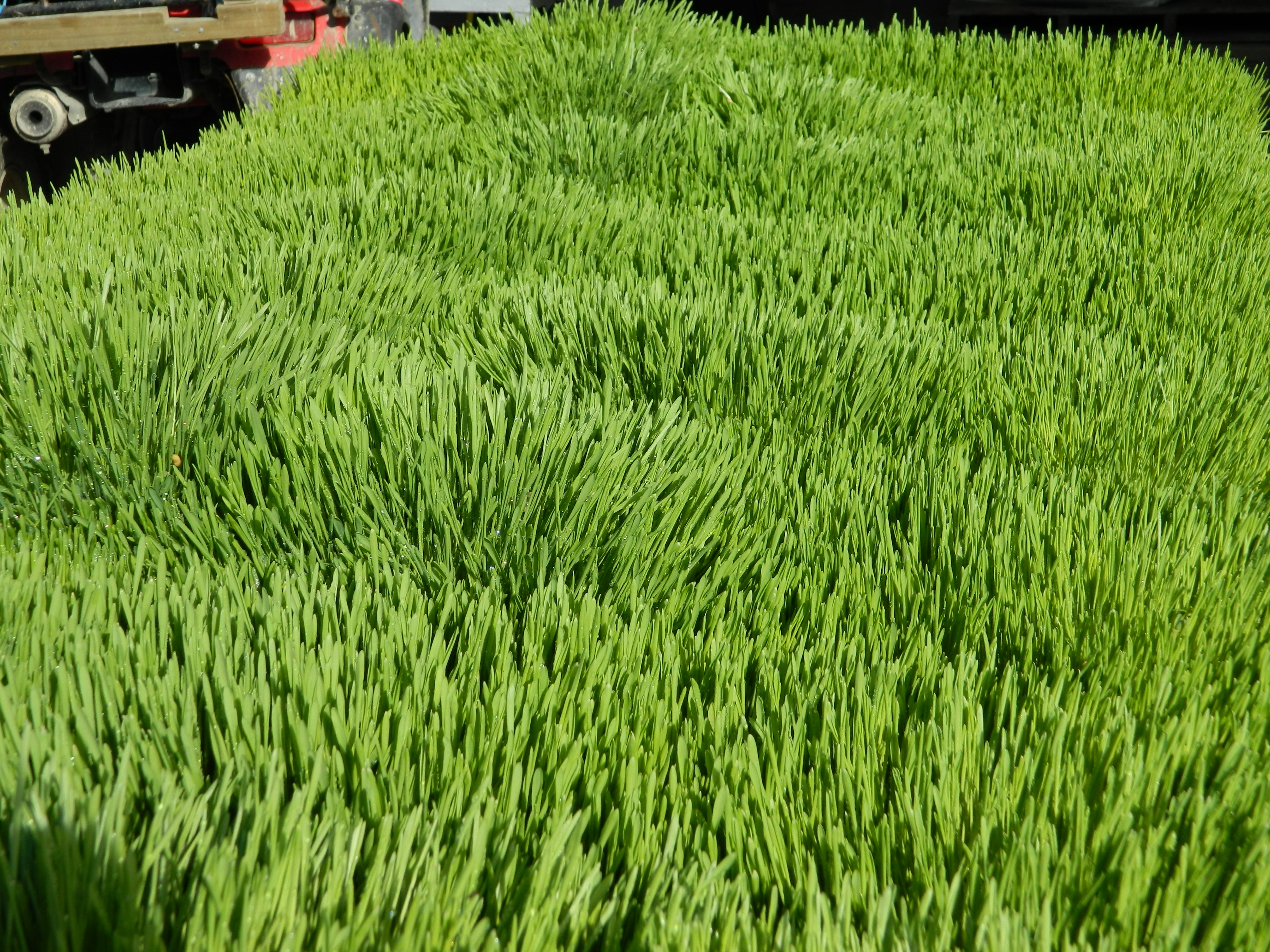